Dr. Christopher Rodriguez, Director of the New Jersey Office of Homeland Security and Preparedness (NJOHSP) outlined the security threats we face, including the growing challenge of cyber crime and terrorism. Chris had been scheduled to speak at our September meeting but his appearance was preempted by the terrorist attack of September 17 that saw bombs explode in Point Pleasant and on Manhattan’s east side. Undetonated explosives were found in Elizebeth and alleged terrorist Ahmad Khan Rahami was arrested after a shoot-out in Linden. Chris cited the incidents as examples of the citizen awareness that is a critical weapon against homeland terrorism. The Elizabeth explosives were reported by passersby, he noted. Rahami himself was seen and reported to Linden police by an alert citizen. The job of NJOHSP, Chris said, is to ensure that local and state authorities have the resources and intelligence they need to deal with the sustained terrorist peril. To that end, NJOHSP has created a program to educate communities and businesses on likely threats, available intelligence, security for public gatherings, and reporting suspicious activity. The program is called the Hometown Security Initiative. For information email [email protected]. 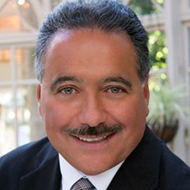 Michael spoke about the value of the OCC’s available training programs that can help local businesses and benefit the wider community. A variety of targeted training programs can be held on site or at OCC. More information and a downloadable brochure is available on the OCC web site at www.ocean.edu. Click on the Business & Community tab and select Employee Training & Workforce Development. You can reach Michael at 732-255-0400 Ext. 2157 or [email protected].

Here is our lineup so far.

April: we hope to have Bob Martin, Commissioner, NJ DEP.